After Mirza Ghulam Ahmad died, Noorudin wrote in Nuzul ul Masih that MGA was given good eye-sight, ir-regardless of his diabetic condition

Intro
As we all know, MGA was a raging diabetic patient. MGA told the world that his diabetes was so bad that he would urinate 100 times a day. We also know from medical journals that 99% of diabetic patients lose their eye sight. When MGA died in 1908, Noorudin took over and began covering up all the errors and omissions of MGA. He got Jesus in India published and Barahin-i-Ahmadiyya Vol. 5 published. In 1909, he published Nuzul ul Masih and in that book, he claimed that MGA got a revelation wherein his God told him that ir-regardless of MGA’s diabetic condition, his GOD would preserve his eyes and make them work perfectly. However, if we look at MGA’s picture, its obvious that MGA can’t even open his eyes and thus can’t see very well. MGA’s ghost writers wrote the books for MGA and read books/newspapers to MGA. MGA mentioned 2 additional organs that he asserted were the ear and brain.

“”””Being a diabetic, I was apprehensive about my eyesight for one of the consequences of diabetes is that eyesight can be affected and cataract can set in. On this account, I
supplicated and received the revelation:

That is [Arabic] Mercy will descend upon three, the eye, and two others.

“I remember an incident and which is that I have Diabetes for several years. I urinate 15-20 times daily and sometimes I urinate 100 times per day. Due to sugar in urine, I also get infection in urine and due to excessive urination I become very weak. Once a friend suggested that Opium is beneficial in Diabetes, therefore there is no harm if I use it as medicine. I answered: ‘It is very nice of you to have sympathise with me but if I form a habit of taking Opium than I am afraid that people will joke that THE FIRST MESSIAH WAS AN ALCOHOLIC AND THE SECOND ONE AN OPIUM ADDICT.’” 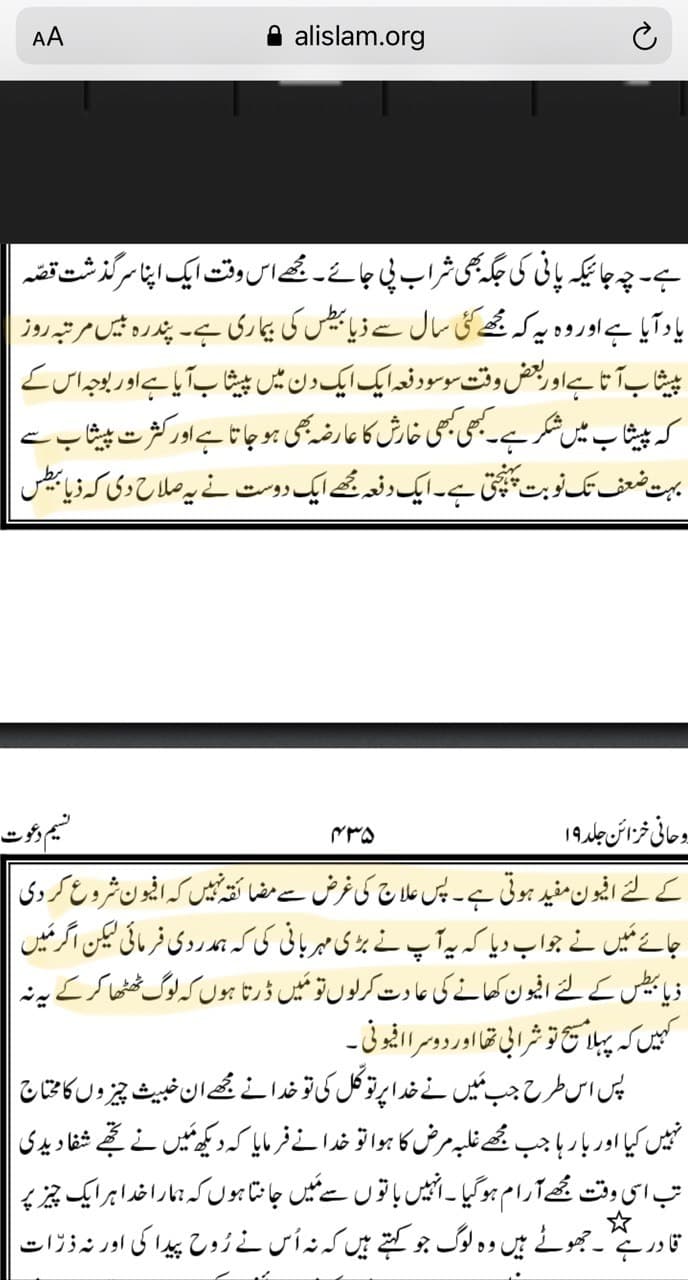 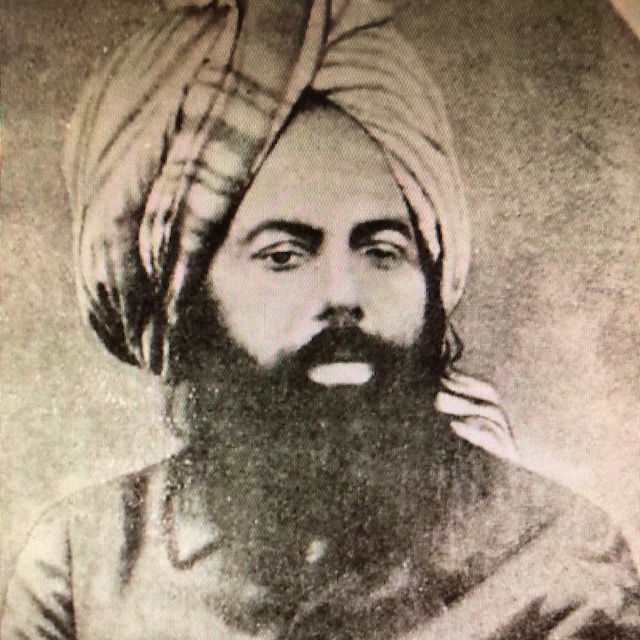 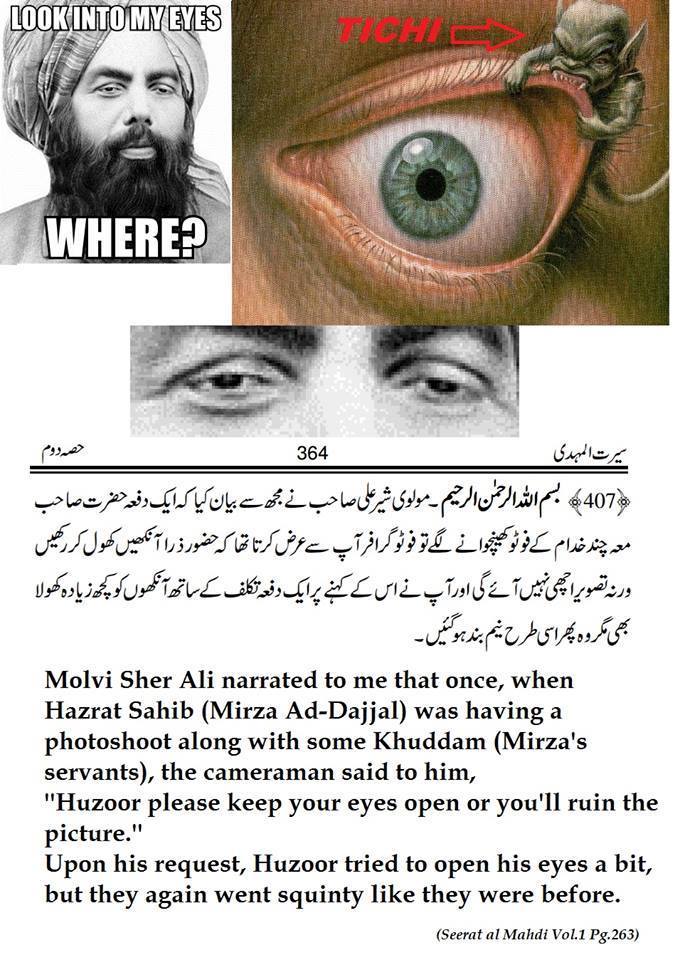 “When he (Mirza Ghulam) came for the first time to my press, he sat on a pillowed seat and I sat on one seat and he discussed with me about the book, looking at his dozy eyes, I thought that perhaps he uses opium, as is commonly the habit of rich people, but when I heard his talk or speech and thought about the articles of Braheen-e-Ahmadiyya, I was amazed at the condition of an Opium use is not like this, such man cannot write like this.  Then Hazrat Sahib went awat…..Now I regretted my first mistake and repented it and know very well that it is the intoxication of divine knowledge and not that of opium as I first thought.”””

I didn’t make this meme, nonetheless, it shows a reference from Seeratul Mahdi wherein it is related that MGA could barely ever open his eyes, which is a dead give off of an opium addict.
Moreover, MGA hated working and preferred to lay around the house all day and do nothing. These patterns of behavior prove that MGA was on opium his whole life. MGA began using Riaz e Hind press in 1880 (see page 91, Life of Ahmad, Dard, online edition).

Mirza Ghulam Ahmad suffered from hysteria and convulsions, and his wife, and his son, Mirza Basheer-uddin Mahmud Ahmad–The 2nd Khalifa

Mirza Ghulam Ahmad liked his opium sprinkled into his Lassi